Annual visit of the NEEMO monitoring team to Andaltec

The president of the Provincial Council of Jaén, Francisco Reyes, highlighted the importance for the province of Jaén of the LIFE Comp0live project during his visit to the headquarters of the Plastic Technology Center (Andaltec), leader of this initiative. Reyes highlighted that this project brings together two of the main economic resources in the province of Jaén, the olive grove and plastic, since it is using the fiber from the olive grove to produce bio-based plastic materials for the manufacture of urban and home furniture and components for the automotive sector.
The head of the Provincial Council of Jaén has been able to learn about the progress made so far in this project, in which other Jaén entities such as Citoliva and the University of Jaén also participate, which includes the biomaterials developed so far. Reyes has made it clear that LIFE Comp0live has numerous environmental and economic benefits, since it can be an additional source of income for the thousands of farmers of olive groves in the province of Jaén.
The president of the Provincial Council of Jaén paid a visit to the headquarters of the Plastic Technology Center in Martos, in which he pointed out that Andaltec “is a reference in Andalusia in a strategic sector not only in Jaén, but also in Andalusia and the national territory, fruit of the effort and commitment of companies who have seen an opportunity around plastic ”, a sector in which the province of Jaén “stands out and in which Jaén is a reference as in the olive oil sector”. 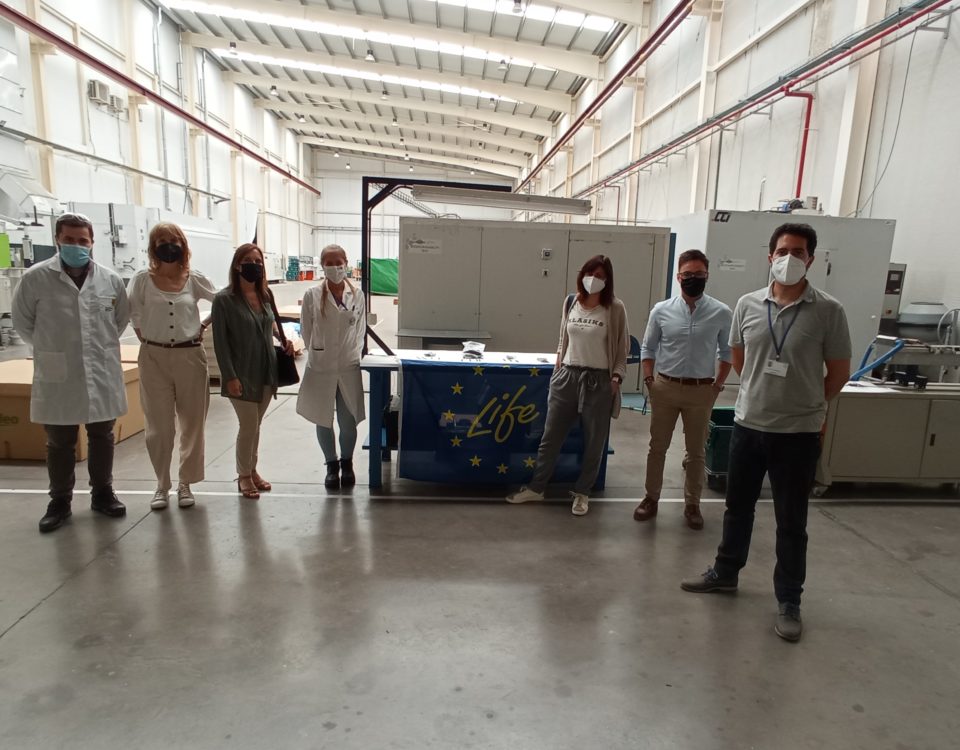 Annual visit of the NEEMO monitoring team to Andaltec