Responsibles for the European project LIFE Comp0live, led by Andaltec, have met with the Union of Small Farmers (UPA) of Jaen to present this initiative in order to publicize all the details of the research and seek synergies with an organization that represents thousands of farmers.
The meeting was attended by Antonio Calahorro, Andaltec researcher; Cristóbal Cano, general secretary of UPA Jaen; Elio Sánchez, secretary of organization, and Yolanda Ramínez, secretary of Formation of the agrarian entity.
Cristóbal Cano has expressed that the work of the organization is in line with this project, since “from UPA we have always opted for the sustainability of the olive grove”. In addition, he stressed that it can become a new source of income for olive growers and has shown his willingness to help spread the initiative among farmers. 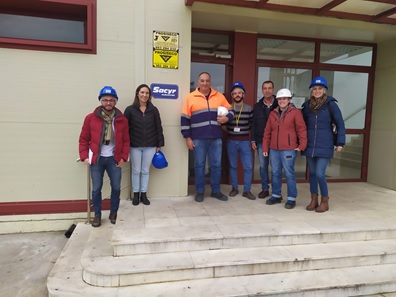